Rugby World Cup or the RWC is the most important competition contested between the best international teams like England,New Zealand, Australia, France, South Africa and more every 4 years. The Rugby World Cup 2015 takes place in England from September 18 to October 31 2015. Many channels will broadcast all the competition live via TV also via their online streaming service.

Where and how to Watch Rugby World Cup Live Stream ? 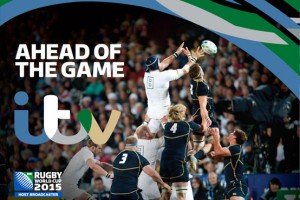 Here is a table of official Rugby World Cup broadcasters from different countries. Almost all broadcasters apply a geoblocking system for their streaming page, so for example you have to be from UK to watch iTV Rugby World Cup Live Stream. To avoid this problem you can see our articles about bypassing geo blocking restrictions for different channels like:

• If you across geo blocked error you can follow our tutorials or use our recommended VPNs like PureVPN, HMA, VyprVPN, ibVPN or visit our VPN Providers list.
You can also benefit from Rugby World Cup special offer of PureVPN Extra 10% OFF use Coupon: RUGBY2015

Where and when to watch El Clasico Live: FC Barcelona v Real Madrid

Tips for staying safe when connecting to public Wi-Fi hotspots

How to watch NOW TV abroad?

How to get RaiPlay and watch Rai TV outside Italy? | January 2023

Tutorials and Tricks 0
Deal of the day

When you visit any web site, it may store or retrieve information on your browser, mostly in the form of cookies. Control your personal Cookie Services here.